Sandy Velikonja, Sharon Assis and Susan Lawrence are sisters, who, along with Susan’s husband Peter, make up family-run Boutique Escapes.  Spending three to four months a year in Europe, team Boutique has an insatiable appetite for everything Europe and prides itself on knowing this historic and culture filled continent inside and out. Loving what we do, we never tire of putting together custom packages designed with each client’s specific needs in mind, no cookie cutter tours for Boutique Escapes. We love living everyday vicariously through our different client needs as we plan your client’s next European vacation. For South America, please contact Sharon Assis.

Sandy had her first taste of Europe in 1982 when she took a flight to Nice to meet her sister Susan who was attending a French course in Cannes. What a way to start a European vacation – landing in Nice the capital of the Cote D’Azur on a beautiful, warm May afternoon! The ride down the Promenade des Anglais made for a site never before seen – passing the Negresco with the Mediterranean sparkling across the avenue is truly one of the Med’s most spectacular sites! Since this time she’s never looked back and kept her sights on a European vacation as many times as she could. Through this love of Europe she developed a taste for traveling the vineyards of Europe and gathering a list of wineries she has visited – wine touring is definitely a specialty of Sandy’s! Sandy has two children Evan (23) and Leah (21) – Leah had her first trip to France at the tender age of 7 and with many more European trips now under her belt. Leah is also fluent in French – her mother’s dream. Evan – who has Autism – travels with Sandy and Susan on all their trips to Europe as their personal “porter” and restaurant critic.

Sharon developed a passion for new languages when she first met her Brazilian husband’s family and discovered they could not speak English. Fresh off the plane and back home then, 10 days later she had a private tutor in Portuguese and went back 6 months later to show off her new talent. That was the beginning of discovery for travel. Knowing the questions to ask and where to ask them to get the most out of her visit became a challenge and now she does this for clients so they get it right the first time. The passion for language continued and Spanish was next, not just with a tutor, but a full honors degree in Spanish language and literature. The minute she stepped off the plane in Madrid – she was home – and sure she was born in Madrid in a former life! Recently having traveled to Istanbul she has found some super finds in the city, and came to one conclusion – if you are not close enough to hear the Mosque bells ring 5 times a day you are not in Istanbul. On the same trip she visited Rome – again – as if anyone could ever tire of seeing Rome. This trip led to new hotel discoveries, just steps from the Trevi Fountain. On a recent trip to Barcelona, her visit is just not complete without a walk on La Rambla, the place to be, visit La Boqueria Market right on La Rambla, patronized by locals and tourists alike, and during the day sip a Sangria and sample Tapas. 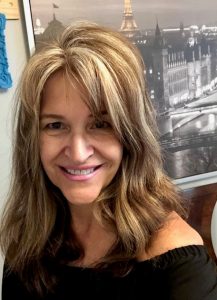 Susan’s love affair with Europe began after a short visit to attend a language school in 1982 on the French Riviera in the beautiful Film Festival city of Cannes. After falling head-over-heals with the country she eventually decided to live in France for one year with husband Peter. Susan received her Bachelor of Arts and Bachelor of Education Degrees and after teaching French and history for 23 years, in 2016 she decided to become a fulltime team member of family-run Boutique Escapes. Susan recently attended a language school in Cortona, Italy to add a working knowledge of Italian to her repertoire of languages. As a member of Team Boutique, Susan spends three to four months a year in Europe hunting down the best places for your clients to visit and searching for that perfect little three star in an amazing area, so that whether it’s the historic centre of Paris or the hills of Chianti in Tuscany, you can rest assured that your clients will come back and express their love for the areas they have visited. Passionate about making your client’s travel dreams come true, Susan is ready to share her love, knowledge and experience of Europe with you for your clients in their Boutique Escapes custom package. 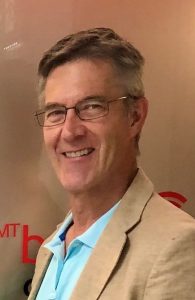 Peter’s first trip to Europe was in 1986 with wife Susan when they did a whirlwind tour of Europe on their honeymoon. A year later he took a leave from his teaching job as a French teacher and the two of them spent a year in Annecy, France in the French Alps teaching English and perfecting their French. It was during this time that Peter saw the magnificent Colosseum in Rome for the first time – “I had to see it twice, it was so overwhelming.” The seed was planted and after retiring from 30 years of teaching in 2016, he became a member of Team Boutique full time. Since joining Boutique Escapes, he has spent 6 weeks a year in Europe traveling the continent. On a recent trip to Barcelona upon gazing at the genius of Gaudi’s Sagrada Familia Peter had the same feeling as when he saw the Colosseum for the first time… seeing it once was not enough! Since visiting Spain, he started studying Spanish (“so much easier when you already speak French”) and now has a working knowledge of Spanish. Like the rest of the team, Peter is excited about making your client’s travel dreams become a reality.